Students present inspiring ideas for the temporary use of Špitálka 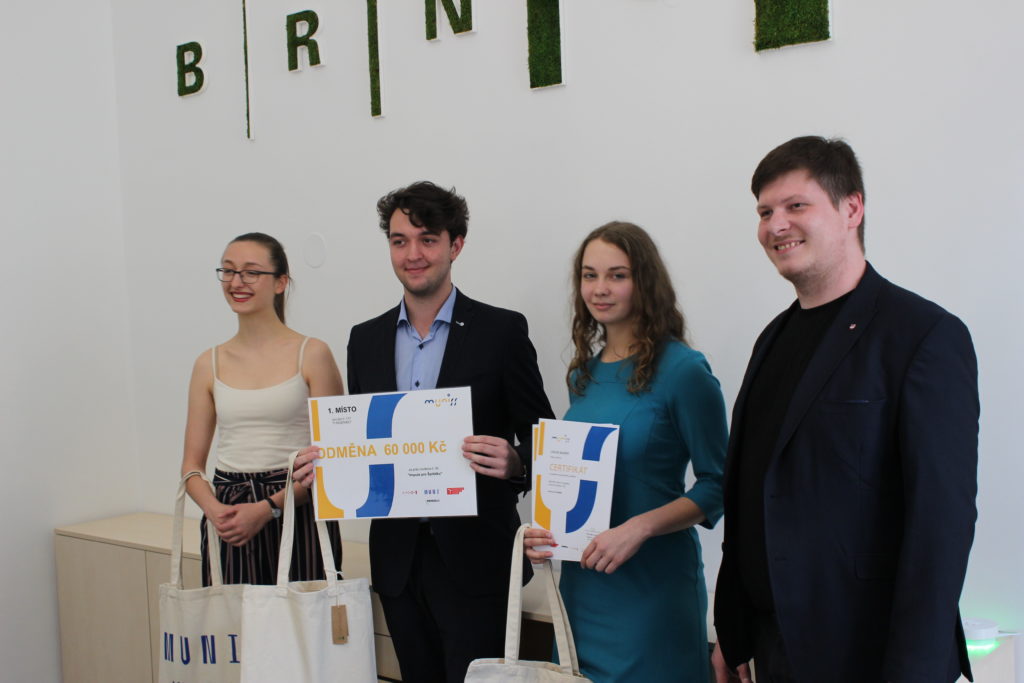 Teams of students from Brno universities presented ideas for the temporary use of the Špitálka area. They prepared their plans over several months as part of the MUNISS interuniversity competition. During the announcement of the results in May, experts and representatives of the city appreciated the individual proposals.

Representatives of Masaryk University, the University of Technology and Mendel University thought about ways to use Špitálka before its revitalisation. Students of architecture, economics, environmental studies, sociology, law, media studies and journalism gathered in interuniversity teams.

Over the course of five months, the student teams had to propose how and for how long the area could be used in the time between the abandonment of the site and the start of the construction of the smart district. Brno heating plants are preparing to optimise their operations, after which they will stop using the western part of Špitálka, where the smart district will be built. In their proposals, the students considered the management of all stakeholders together with the management of the process of temporary operation of the area. It is the form and manner of the temporary use of the site that will significantly influence the future planning and shape of the area.

During the preparation of their projects, the participants met with experts from the Czech Republic and abroad. They also visited the Špitálka, which is normally not open to the public, and took a trip to Berlin, where they saw several attractive urban sites for inspiration.

The resulting designs were evaluated by a jury consisting of representatives of the Department of Strategic Development and Cooperation of the Brno City Municipality, the Faculty of Architecture of the Brno University of Technology, Brno City Chief Architect’s Office and the A800 architectural studio. The project of the team “In disintegration” led by Diana Hodulíková from the Faculty of Architecture of Brno University of Technology was awarded the best prize.

Eleven years of the MUNISS competition have already attracted 123 teams, which have worked on over 40 topics. This is the third time that students have dealt with the Špitálka area in the competition.